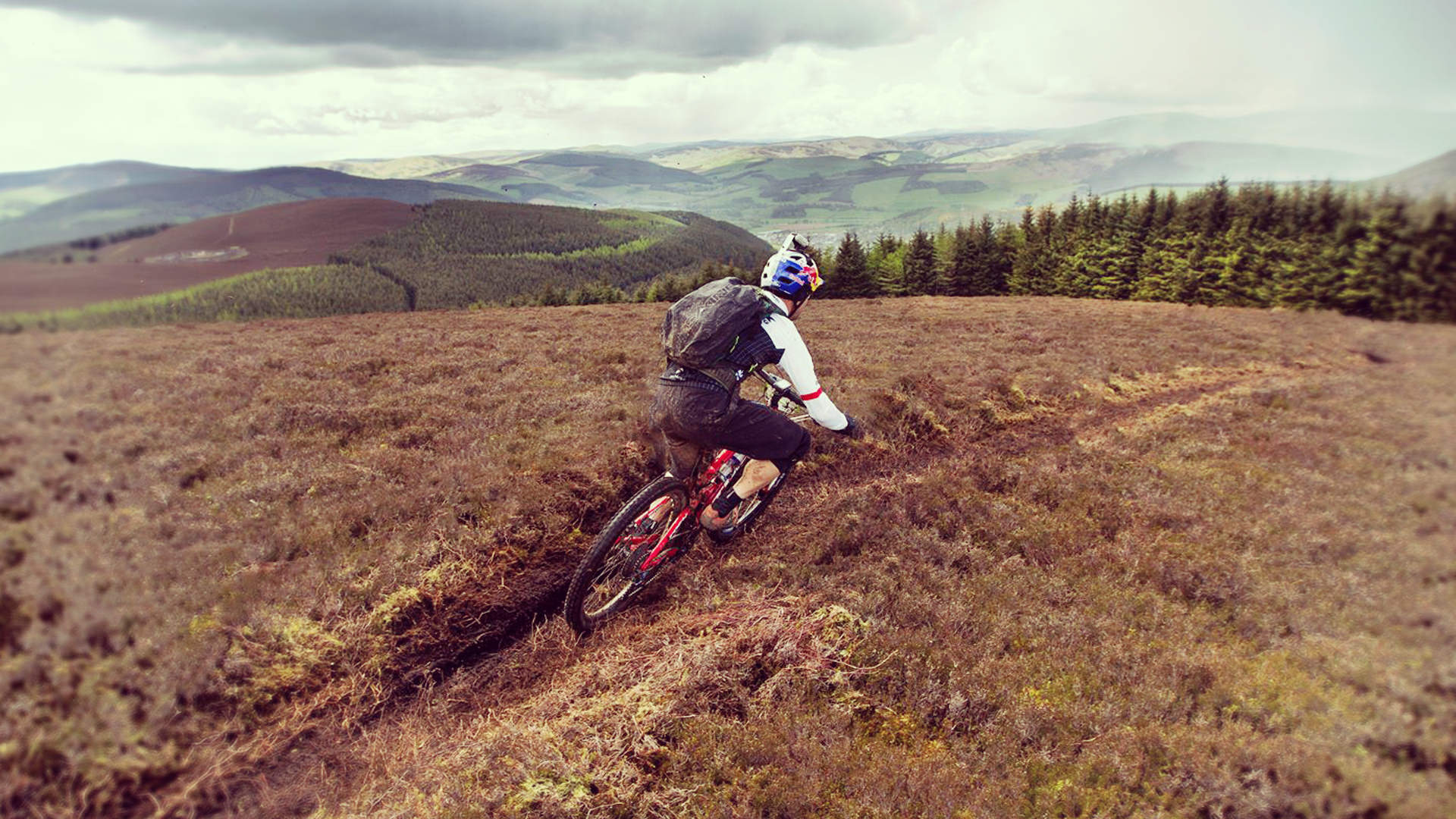 Ride some of the best trails in the UK


The Innerleithen trails lend to some of the best downhill and enduro riding the UK has to offer. Adrenalin Uplift operate four buses departing on the quarter hour, shuttling 64 riders to the top of the trails, giving you maximum descent time.

Maximum upload for maximum descents, our buses and custom trailers keep you on the hill as long as your legs will last.

Uplifts run every 15mins from 9am - 3pm and you can expect as much descent as you can handle.

Let our team help you with mechanicals or keep you fed through our Innerleithen collaborations with local businesses.

Protect your booking with booking insurance! Don't lose your ride because of injury, illness or mechanicals. See our terms and conditions for more details.

For Day Uplifts, check in with your QR code at the Adrenalin Uplift Cabin at the trails car park from 8.15am, the buses run from 9am until 3pm. Night rides check-in starts at 4.30 at the Uplift Cabin with first bus loading at 5pm.
Other Mid-week private bookings can be arranged, requiring a minimum number of 8 to operate on the day. Call the team for more info on 07909 124703

Starting a little away from the other routes, The Matador sets off innocuously enough, with a pedally section through young trees. A sharp, right hand turn has you diving into the trees over a tricky rock step, which quickly tells you things are going to get a lot harder. Hit a couple of S bends and you’re faced with an 8ft-rock drop, which requires full commitment.

Land this and it’s into a fast, flat right hander, leading straight into a nadgery rock garden. Safely through here, things soon steepen into three tight turns and onto a rock chute, which spits you down across the upper road. Skip over a couple of rocks at the roadside and it’s down another steep chute. Feather the brakes though, as this fires you into a tight section through the trees with some more rock steps.

Crossing the push-up path, a rooty drop leads straight onto a 4ft-rock drop. The trail falls away sharply then swings left then right across an old dyke before veering hard right and opening up considerably.

Over a double, it’s then hard left and onto the trail’s signature feature – a 6ft rock drop into a right hand berm then a tight chicane to cross the lower road. Next the trail drops in and sets up for a double jump, then a tabletop and another double in quick succession.

Back into the trees, there’s a couple of different line choices before hitting a sweet wee rock drop across the bridleway. The trail then drops onto the bridleway, taking in a couple of bus stops. Wide and open, you need to pedal quite hard down here as the trail swings off right and straight onto a pretty meaty gap jump.

A couple tabletops follow then it’s down into the old Arena. Hang on through the braking bumps, before a couple of rutted, rooty turns set you up for the infamous bombhole and final bermed corners.

Built by hand in classic ‘Inners’ style – natural, tight, technical and rooty. Off the start, things soon tighten up through the trees with roots everywhere and multiple line choices.

Negotiate a final sharp left-hander and it’s across the upper road and back into trees. Hold on through a series rutted bumps, dips and turns whilst your eyes adjust, then it’s briefly into the open before plunging straight back into the trees.

After a couple of steep S turns, the gradient eases and the trail becomes real fast and flowing as it contours across the hill. Nail a couple of (potentially sketchy) rooty off camber sections and it’s through an old dyke and into a series of tricky tight bends which gradually steepen before the gradient eases and the trail opens up to cross the lower road.

Dropping in from the road, a short chute has you picking up speed for a flatter, wider section. Onto the brakes through a hard, rocky left hander, the trails narrows up again, zig zagging steeply down through the trees.

Rooty, tight and frequently off camber, carrying a lot of speed through here is a challenge even in the dry. A tricky step drops you across a bridleway and into a final more open but rutted section of steep sweeping turns down to the finish. In a word – awesome.

Similar in nature to the Cresta Run, this trail is a cracker! Starting wide and fast, a sweeping right hander soon fires you into a flowing, steep, rooty section.

Skipping through a dyke the trail skirts around the side of the top quarry spitting you across the upper road and into the darkness.

Soak up the bumps and roots, avoid the trees then take a hard right into another rooty, flowing, steep section. A short open break between the trees and you’re onto possibly the slippiest, muddiest off-camber turn on the hill. Pick your line wisely!

Back into the trees, the gradient mellows but the trail remains tricky with often multiple lines to go at.

More rooty, off-camber loveliness awaits, before the trail steepens and launches you down a loose rocky drop to the lower road. Drop off the road, catch the berm, then go lightly on the brakes through a loose rocky S bend.

Back into the thicker trees, the trail stays high and turns noticeably narrower yet faster.

Cross a couple of older trails and it’s a hard right hander into a decidedly steeper section. Some nicely off-camber roots and a couple of short sharp turns crank up the difficulty.

Negotiate a tricky drop across a bridleway, keep it upright through a steep, right-left-right (at which point the trail joins the Cresta Run), and you’re just about home and dry.

Voted one of MBR magazine’s top 10 descents in the country in 2005, this trail is totally different in character from the natural tracks at Innerleithen.

Confidence with jumping at speed will help get the most out of the track, though first time down and for those less comfortable jumping, we recommend that you keep your speed under control and your wheels on or close to the ground (most features can be rolled through).

From the start a series of gentle turns leads into several steeper, tighter banked hairpins. Carrying some speed out of the last one sets you up nicely for two floaty double jumps. Catch the right hand berm and you’re at the upper road crossing. Off the road, the trail falls steeply away.

Momentum gained, you’re quickly onto a series of jumps in quick succession. Keep it low through these and you’ll have the speed needed to clear the final big double jump.

The trail then flattens for a while before breaking out of the trees. Over 25 jumps are packed into the next section, which dives and weaves down the open hill through big ‘g-outs’ and bermed corners. Tabletops, doubles, hip jumps, step-ups and step-downs all feature. A little way down, there’s an optional section, Double D. Here the jumps are bigger still and upramps even steeper. Enjoy!

Crossing the lower road, the final section is shared with the infamous Caddon Bank. Negotiate a couple of rocky steps and you’re onto the first of three (optional) rock drops in a row – the third is the biggest at nearly 4ft, though the trail falls away steeply allowing for some considerable air time! Round a 180 turn, over a cheeky rock step and it’s into a series of 10 big rollers – like being on a roller coaster, but on your bike!

Check contents of stomach are intact, then it’s across a bridleway and into the lower section. Down a rock chute and over a couple of smaller jumps you soon pick up speed.

Two small rock drops fly quickly by then it’s into a big 180 turn, through some massive bombholes, then three doubles back to back. From here, things can get ridiculously quick over several wide step-downs, the last of which fires you into a big tabletop.

Through two turns, then a couple more rock steps follow. Off the brakes here, pedal hard and you’ll clear a step down into a flippin’ HUGE bombhole, which spits you out over two more tabletops. Two final turns, a couple of jumps and you’ve made it to the finish!

There are also a plethora of old race tracks and non way-marked trails to discover! 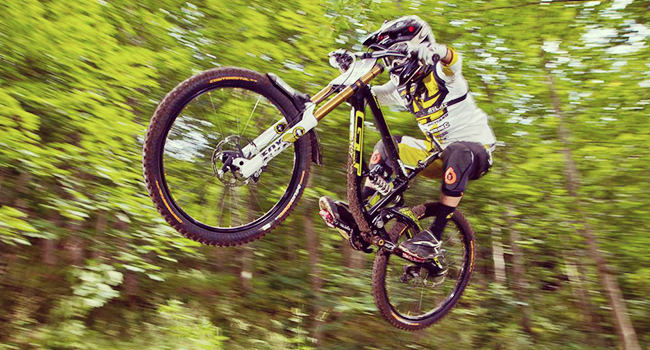 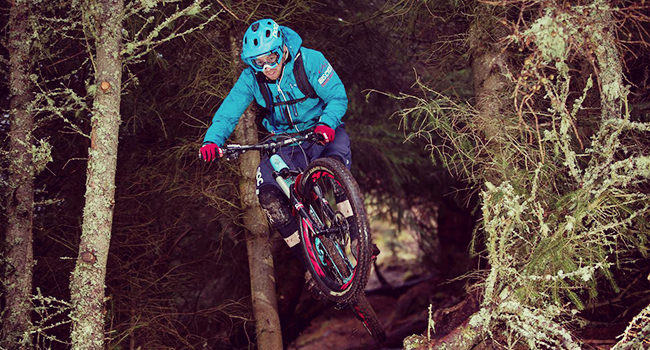 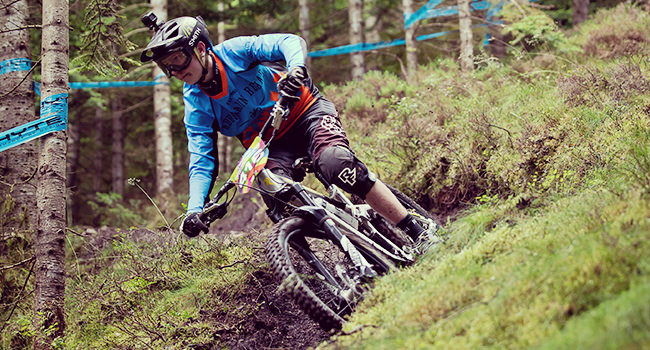 Where To Find Us! 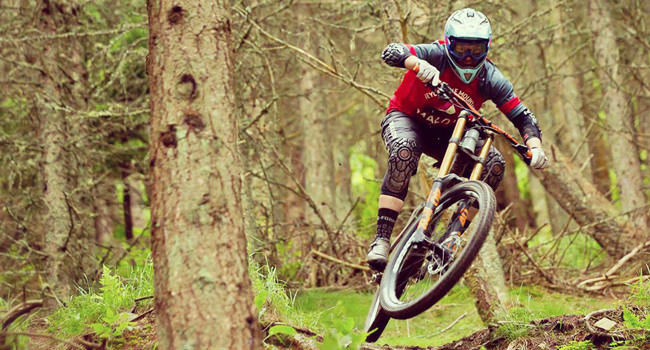 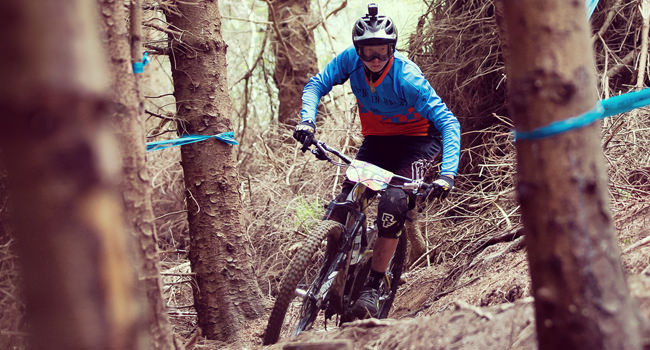 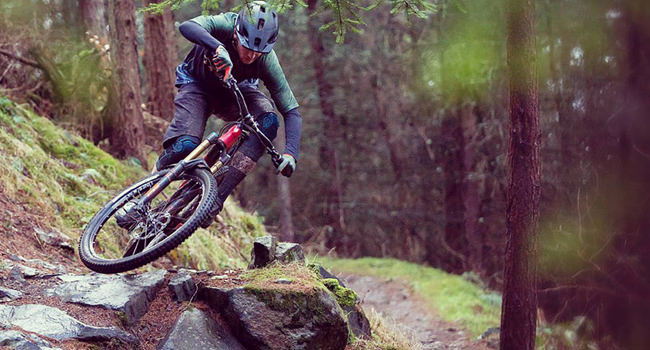